Brands that made a big market impact by thinking differently. —

You can too!
Inc. & CNBC Presents the 2015 iCONIC Tour, a one-of-a-kind experience to motivate, excite and connect with fellow visionaries and provocateurs to share information on how innovative business models are changing our communities and world for the better. Here, you will inspire one another, along with an unprecedented lineup of business luminaries, as you brainstorm fresh, exciting ideas to revolutionize every aspect of your business.

Come to ICONIC: You will discover what it takes to build a lasting brand, get tips on redefining your relationship with your customers, hear strategies on how to compete with giants, learn how to ignite change in your company and community and so much more!

Life Is Good. The Container Store. Eventbrite. Method. These brands made a big market impact by thinking differently. Get your tickets for iCONIC to hear from the icons who made it happen and learn how you can too.

Register and Purchase your tickets today and enter for the chance to get business advice from - and appear in an upcoming episode of a new Inc. video series with - Marcus Lemonis

The ICONIC Tour— heading to LA in June and D.C. in November!
One day. Countless icons. An unforgettable experience.


Get to the core of business; building your brand goes well beyond just writing a check.―

Posted by Poboycorp.com at 5:12 PM No comments:

Finding a new way to cut through brand clutter

In today’s world of endless options for everything, brands need to work hard to cut through shelf clutter, be it physical space at a Whole Foods or Sephora or click-and-mortar outlets like Amazon where a search for “nail polish” returns a staggering 48,000 results.
Consumers are dollar-conscious, and they want to know they'll like something before committing to a purchase. While the idea of sampling is hardly new, the concept of placing your brand in a subscription box is. This business requires a two-pronged approach by brands: providing customers with products they'll enjoy while using a fresh, direct-to-consumer platform to market products nationally without ever having to leave your corporate headquarters. If you can think of it, there’s a box for it. It’s a rapidly exploding industry —
Articles by Aihui Ong via Entrepreneur


Shopping for products can be frustrating, inefficient, and confusing. How are customers supposed to navigate the vast range of options? And in the growing online market, how could they try products without buying them all (and going bankrupt in the process)? That’s when Birchbox was born: Katia and Hayley envisioned a way for customers—just like themselves—to easily and efficiently try, learn about, and purchase beauty products online. They combined monthly deliveries of personalized samples with original editorial and an exciting ecommerce shop. It was easy, efficient, and fun—a monthly delivery of surprise and delight. Birchbox is headquartered in New York City, with operations in the United Kingdom, France, Spain, Canada, and Belgium. Here’s a peek at what a day looks like at Birchbox's HQ:

Ok, so that’s not exactly what it’s like, but Birchbox do love what they do, being creative and producing personalized beauty, grooming, and lifestyle samples, tailored to each customer's profile. Try cult brands, up-and-coming lines, and everything in between.

Posted by Poboycorp.com at 2:16 PM No comments:

Abercrombie & Fitch Co. The question is: what’s next?—

“We’ve put the customer at the center of the business.”

You won’t have to be good-looking to work for Abercrombie & Fitch Co. You’ll also be able to wear eye-liner, though not necessarily a nose ring.

The changes are the latest for the once high-flying retailer, which pioneered the sexy preppy look and made male models with ridiculously ripped abs a billboard standard. By retiring the “appearance and sense of style” hiring rule that stipulated attractiveness, Abercrombie is scrapping the last of the legacy of former Chief Executive Officer Mike Jeffries.

So gone is the legendary “Look Policy” for employees, which banned French-tip manicures, certain hair-styling products and, among other things, mustaches. Clerks will be referred to as brand representatives, not models. They still can’t wear extreme makeup or jewelry, but the rules are gentler. The idea is that sales forces should focus on selling, not on obsessing over their level of accepted handsomeness. So, Bye-Bye, Beefcake: Abercrombie’s Hot Salesclerk Policy Is Over.
—Full Article by Lindsey Rupp via Bloomberg Business

Abercrombie & Fitch Dials Back The Sex by WSJ_Live

A&F said it will take time to see the impact on sales of the new policies, which also include an “improved sensory experience” that will adjust the scent, lighting, music and use of trees.

The changes may resonate with some teens. Goldia Kiteck, complained to a Wall Street Journal reporter about the strong smell of cologne wafting from an Abercrombie store in a Kansas mall in 2013. “You can smell the Axe all the way out here,” Ms. Kiteck said at the time, referring to the body spray brand. Abercrombie & Fitch dials back the sex.
— Full Article by Suzanne Kapner and Joann S. Lublin via WSJ

Out of touch: a relic of another era, and attitude.I expect that now that the former visual identity is a part of history, it will also serve as an artifact of a sort: a record of a moment in time when teenage fantasy (or the adult fantasy of teenage fantasy, which may be more accurate) was used to sell clothes, unabashedly. Cultural anthropologists, take note.— The A&F Makeover: A Review By VANESSA FRIEDMAN via NYT

Fallen out of style, A&F To Change Its Image:
With heavy competition from fast-fashion retailers like Forever 21 and H&M, A&F aims to reduce emphasis on sexualized advertising and focus more on customer service & diversity. Among the changes announced are eliminating sexualized advertising, no longer having shirtless models at new store openings, and eliminating sexualized pictures and advertising on bags, gift cards, and in stores. They are changing the name of store employees from "models" to "brand representatives", and will allow a more individualistic dress code. "Brand representatives" will also focus more on customer service by asking customers for help in stores, as opposed to past policies of aloofness. They also aim to promote more diversity among store employees and executives as well. A&F is signaling it will be implementing changes quickly.

In search of a new identity: 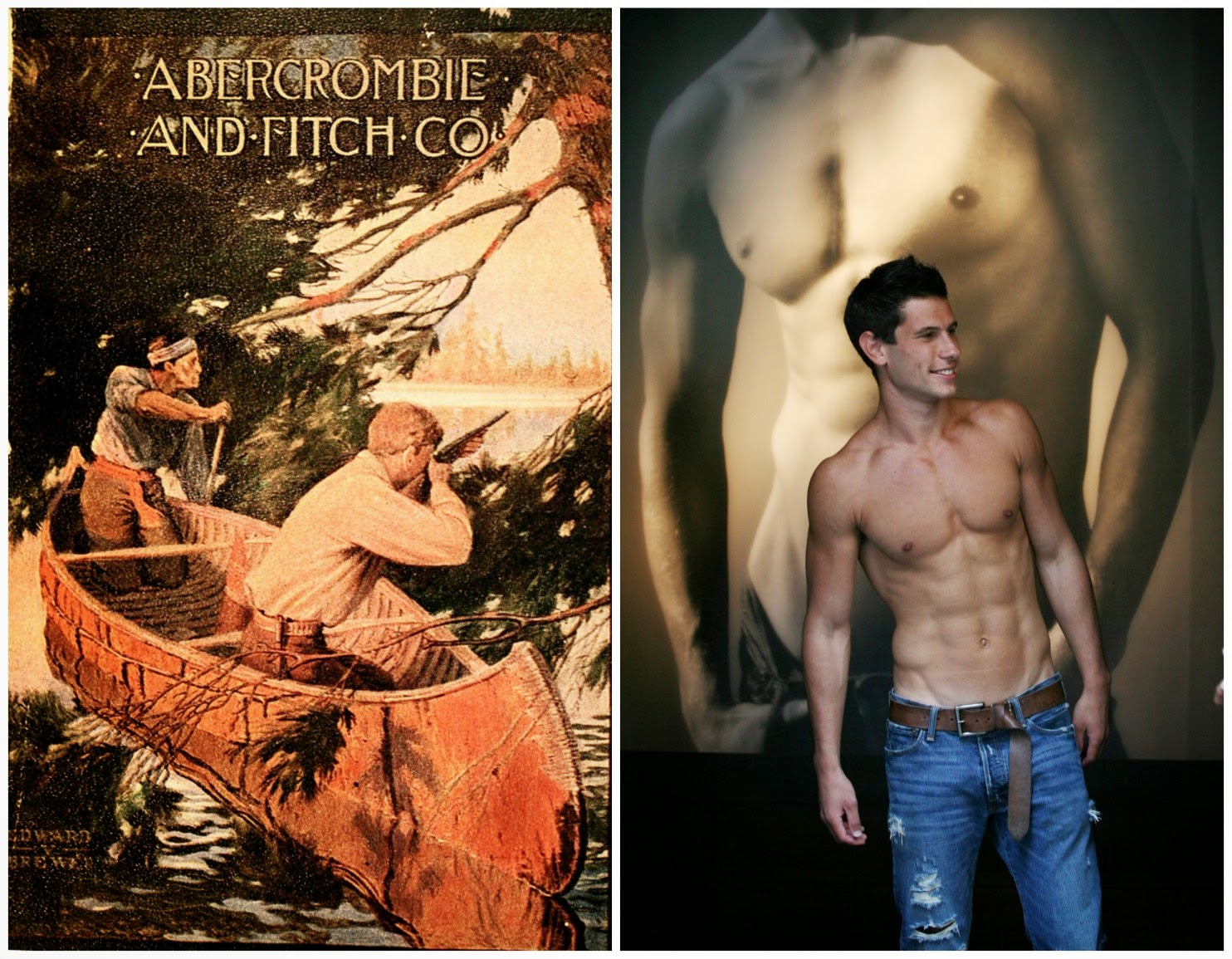 “What happened to the customers?” At ease, Abercrombie & Fitch brand since 1892—long before anyone showed their abs in public. A&F running along — “there’s a clear sense of what needs to be done.” Inspiration— The Latest from A&F!

Posted by Poboycorp.com at 4:48 PM No comments:

Start Small - Build Big Get the foundations for success.